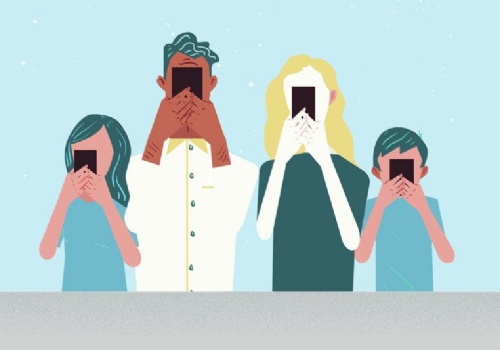 Some of you will have read earlier this week about the findings of an Oxford University study into ‘screen time’ amongst teenagers. Scientists examined data on 12,000 British children aged ten to fifteen who were questioned over several years to assess the impact of changes in their social media use on their own rating of their life satisfaction. The senior author of the study concluded that the effects on their happiness were found to be “tiny - arguably trivial”. In fact, teenagers’ moods were affected far more by friends, school, appearance and family life than by time spent on social media.

These findings will no doubt come as a surprise to many of us, as the rise in mental health difficulties amongst the young has in other studies been mirrored by an increase in social media use. What is hard to gauge is whether some adolescents are in fact more vulnerable to the negative effects of social media than others; i.e. do they become unhappy because of time spent online, or do children more prone to unhappiness in the first place seek greater refuge in social media? It is relatively easy to identify correlations without fully understanding causation.

Whatever the case, such has been the speed of development of social media that we have arguably allowed it to control us and our children rather than vice-versa. There will be few among us who would deny that social media, uncontrolled, can become a huge distraction or even an obsession. Our students revising currently for examinations will vouch for this! We know too that a significant majority of our pastoral problems in school contain social media somewhere in the mix. The Oxford University researchers also acknowledged that their study paid no attention to the actual content of internet use – for some ways of using social media are clearly riskier or more harmful than others.

So please be cautious if your child cites this new research as justification for more screen time! As ever, balance and moderation are key to healthy and positive use of technology. The advice of the Royal College of Paediatrics and Child Health still holds true:

“We have developed four key questions for families to use as a guide to examine their screen time:

If a family can ask themselves (or be asked by others) these questions, and are satisfied with the answers, then they can be reassured that they are likely to be doing as well as they can with this tricky issue.”

Whilst we want our students increasingly to make their own sensible choices in life, our unambiguous advice is that smartphones should remain downstairs at night. Your child may otherwise surface bleary-eyed and moody in the morning and will struggle with focus and energy in school.